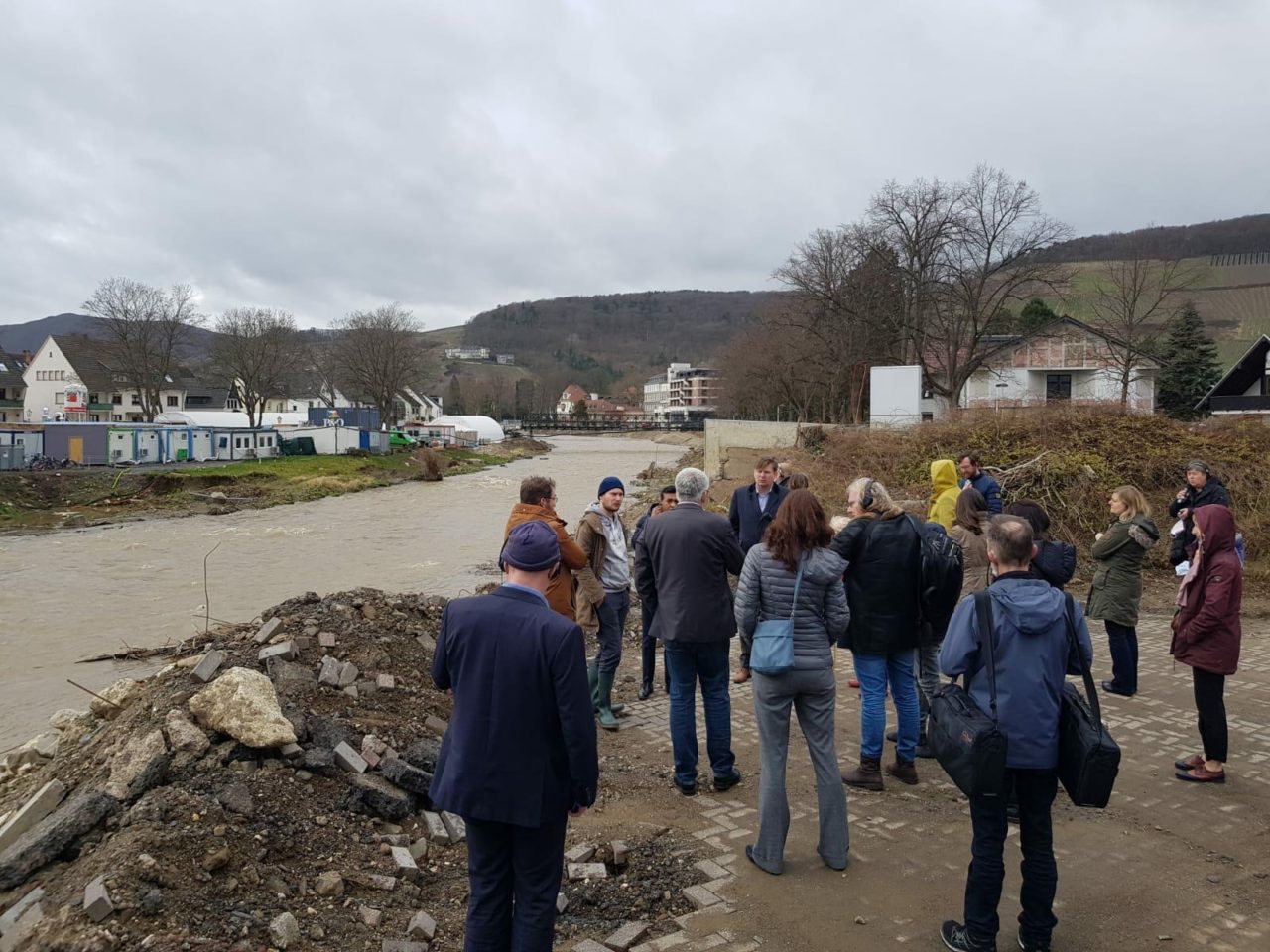 I visited the German areas that were hit by the floods in July 2021. They are still rebuilding there. European money has not arrived so far. I propose a new European aid fund to better help in extreme weather events.

The flood disaster last summer in Germany, the Netherlands and Belgium shocked us all. A total of 241 people died. Hundreds were missing for a long time, some even until today, their friends and families left in the dark. Houses, livelihoods, whole villages have been destroyed from one day to the next.

Now I have visited the affected area. With a group of MEPs from the Committee on Regional Development, I was on site in the Ahr Valley, in Euskirchen and in Erftstadt to understand the situation first-hand.

The extent of the catastrophe cannot be grasped only through press images. For more than seven months, people have been cleaning up and rebuilding. Nevertheless, one has the impression that the flood only rushed through the valleys yesterday. When you see flotsam caught in the window frame of a building, five or six meters above your own head, you can only imagine how high the water really was. What forces of nature have been unleashed. You get a sense of the fear that people must have had in the face of the masses of water.

Many discussions with people on the ground

I spoke with district administrators and mayors of the affected regions, with members of the state governments of Rhineland-Palatinate and North Rhine-Westphalia, with the THW and with those affected. Several points came to light that we urgently need to improve.

The early warning system failed because the municipal levels could not evaluate the data. Communication was cut off because the infrastructure was not prepared for a power outage. Flood protection was underdeveloped because responsibilities stop at state borders and municipalities cannot afford the necessary measures.

For the last point in particular, we could work out a European solution. Since rivers and weather do not adhere to borders drawn by humans, we should establish a European jurisdiction for each river and its tributaries. This body can then coordinate flood protection, develop coherent contingency plans and communicate early warnings. The expansion of flood protection must be borne in solidarity by all riparians of the river. Because while the measures must be implemented upstream, they protect everyone.

Climate change is unfortunately making extreme weather events increasingly likely. The overriding goal must be to prevent further warming of the global climate. At the same time, however, we must also take care to mitigate the consequences of climate change that are already unavoidable today.

The so-called European Solidarity Fund is already in place today. Germany already requested money here in November last year for reconstruction in the affected areas. However, this money could not yet be approved because of errors in the application process. Such an experience cannot be allowed to repeat itself. We need to clarify what problems there were in the application process, simplify and speed up the bureaucratic process considerably.

The Solidarity Fund was actually set up to provide support in rare and unforeseen cases, such as in the case of earthquakes or volcanic eruptions. However, for the increasingly frequent severe extreme weather events, droughts, and fires, the fund is neither planning nor sufficiently filled.

I therefore propose the establishment of a European “Climate Change Adaptation Fund”. It should help regions to better prepare for impending natural disasters and to provide reconstruction funding in the event of severe damage. It should also function more like an insurance than a political instrument. When it comes to the safety of the population, aid must not become a pawn in political debates.

Promoting Regional Funding – How to maximize the use for our rural regions?

How can we tap the full potential of the variety of our Investment and Structural Funds and simultaneously trigger more citizens participation and locally driven funding? The “pioneer” in this respect is the LEADER-approach within the EAFRD, the second pillar of the Common Agricultural Policy. It allows funding which is decided from local action groups….

Already 1.5 million people had to flee Ukraine after the Russian attack. Every day, several thousand arrive in Poland, Hungary, Slovakia, Romania and  Germany. The European Union has reacted quickly and ensured an uncomplicated reception of the arriving people. The people on the ground show solidarity and willingness to help. Now the regions and municipalities…