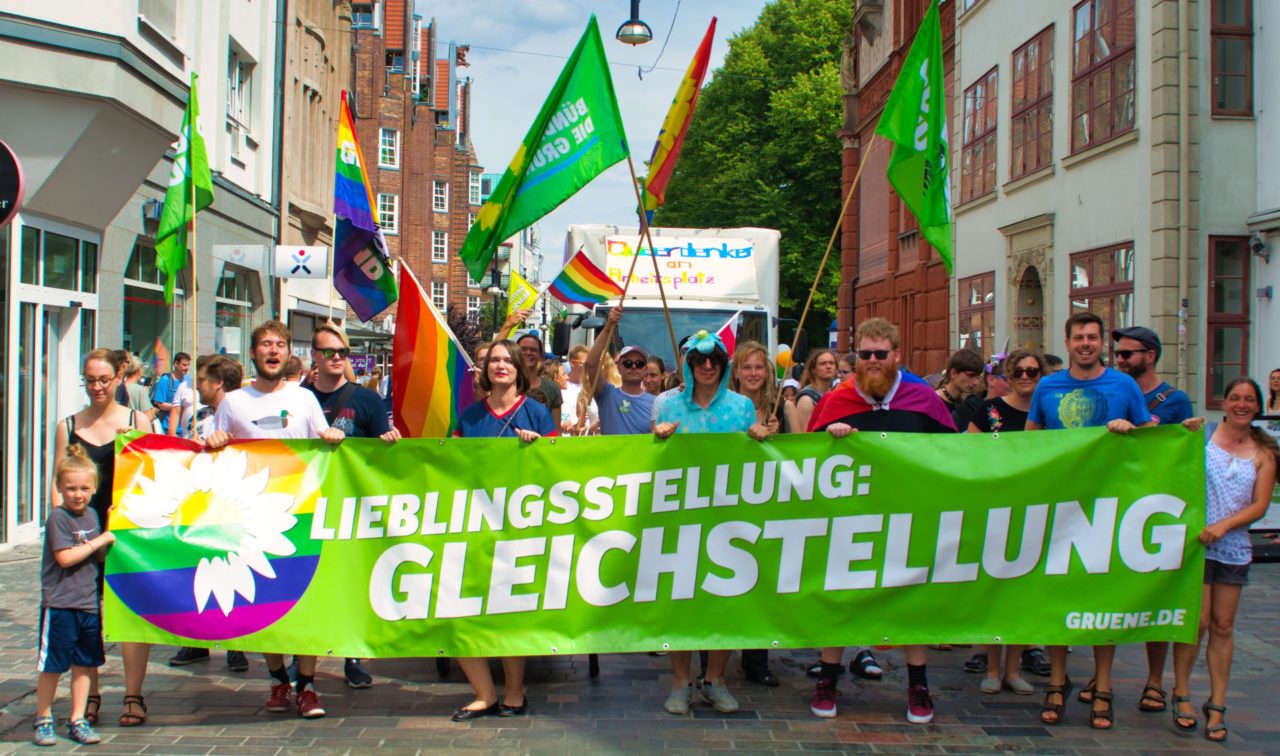 “Everyone in Europe can live and love how and whom they want – always, everywhere, without fear!” – Niklas Nienass

In March 2021, we in the EU Parliament declared the European Union an LGBTIQ Freedom Zone. Following an initiative by our MEP Terry Reintke, the resolution was adopted by a large majority. We thus made it unmistakably clear: No one in Europe should be discriminated against because of their sexual orientation or gender identity.

On average, acceptance for lesbian, gay, bisexual, trans and inter people in Europe is increasing. 76 percent are in favor of equal rights for LGBT people across the EU (Eurobarometer 2019).But that just leaves a frightening quarter. And especially in many Eastern European member states frightening majorities.

Particularly in the spotlight are Hungary and Poland, where right-wing nationalist governments systematically crack down on LGBTIQ people. In many countries in Europe, people have to live in fear because of their sexual orientation or gender identity.

The aspiration we made clear in our resolution is not yet being met in reality. A long way to go for LGBTI equality. This is the title of the latest LGBTI report by the European Union Agency for Fundamental Rights (FRA). 43 percent of all LGBT respondents state that they are discriminated against in their everyday lives. The situation is particularly serious for trans people. 60 percent of respondents experience discrimination. Compared to 2012, that’s a 17 percent increase.

“Being yourself is not your ideology, but your identity. And no one can take it away.” Ursula von der Leyen, President of the EU Commission

Our constant fight for the rights of the LGBTIQ community over the past years has finally led to the Commission also taking these rights for granted. We will now work to ensure that the EU Commission implements its announced LGBTIQ strategy swiftly and consistently. We are putting pressure on the Commission to introduce clear legislative measures to provide legal protection for same-sex couples and their children. Marriages and adoptions must be recognized across EU borders without complications. Hate speech and hate crimes based on sexual orientation and gender identity must be consistently prosecuted. And when national governments trample on fundamental European values – and rights – this must result in sanctions. No more EU funds for the enemies of the rainbow!

Hate and agitation, from institutions, fellow human beings and society leave traces. Among young trans people, the suicide rate is particularly high. It shocks me that our society is driving people to their deaths. We need to stop this as soon as possible. Every person who needs help must get it quickly and without complications. I am committed to expanding free access to psychological counseling and hotlines throughout Europe.

Note: If you are not feeling well right now, you can get in touch with help worldwide and be sure you are loved!

Space: The Future of International Cooperation

Technological independence for Europe is important. But this does not mean isolation. We can only solve the major challenges of the 21st century together. The Russian war on Ukraine has an impact also on international cooperation in space. A continuation of the cooperation with the Russian space agency Roskosmos seems to be questionable at the…

On February 11, we in the European Parliament adopted a resolution on the political situation in Uganda. In response to my speech, I have received hundreds of messages from Uganda that have moved me deeply. I would like to express my solidarity with the people who are taking to the streets in their country for…