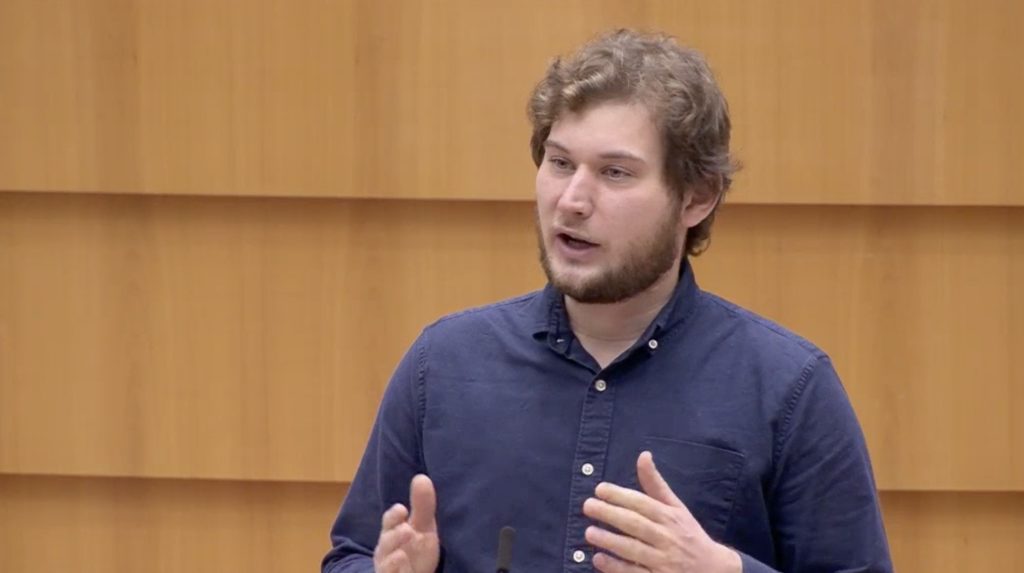 The European Parliament calls on the Kazakh government to comply with its international obligations and uphold human rights. Yesterday, we MEPs adopted a respective resolution with an overwhelming majority.

Kazakhstan is an important partner of the European Union. Just last year, the so-called Enhanced Partnership and Cooperation Agreement (EPCA) entered into force. It not only stipulates closer economic cooperation, but also joint efforts in education, climate protection, democracy and human rights.

But the human rights situation in Kazakhstan is worrying. And in recent weeks it has deteriorated further. The parliamentary elections in January were not free. Opposition parties could not participate without hindrance. Peaceful demonstrations were restricted. NGOs, human rights organizations and civil society are being put under pressure. And government critics are arbitrarily imprisoned.

I am a member of the European Parliament Delegation for Central Asia. Last year I was in Kazakhstan myself and got to know this great country. I also got a small impression of the reform plans of the government of President Kassym-Shomart Tokayev. However, we had the most open exchange with representatives of NGOs. The staging offered to our delegation on the ground was brought back by them into the light of reality. On the day we met for talks, activist Dulat Agadil died in prison under unexplained circumstances.

In the following days there were demonstrations. On the day we left, dozens of protesters were arrested – including a representative of an NGO we had met two days earlier. Lack of clarification in the death of a political prisoner. Violent action and arbitrary arrests against peaceful protesters. Such actions are intolerable.

The resolution of the European Parliament is an important signal. The European Union must make it unmistakably clear that closer cooperation, such as we are striving for within the framework of the EPCA partnership agreement, is only possible if fundamental rights are upheld in Kazakhstan and international agreements are observed.

The people of Kazakhstan have a right to their constitutionally guaranteed fundamental freedoms and free elections. All forms of arbitrary arrest, reprisals and harassment against human rights activists, religious and civil society organizations, journalists and political opposition movements must come to an immediate end. All political prisoners must be released immediately and fully rehabilitated.

You can find my speech on the human rights situation in Kazakhstan on YouTube.

The Brexit is no good news for the Cultural and Creative Sectors in both the EU and the UK. The UK will no longer participate in Europe’s major Creative Europe programme. Apart from this, intercultural exchange between the EU and the UK will become more difficult. How will touring bands and other mobile performers be…

“Everyone in Europe can live and love how and whom they want – always, everywhere, without fear!” – Niklas Nienass In March 2021, we in the EU Parliament declared the European Union an LGBTIQ Freedom Zone. Following an initiative by our MEP Terry Reintke, the resolution was adopted by a large majority. We thus made…