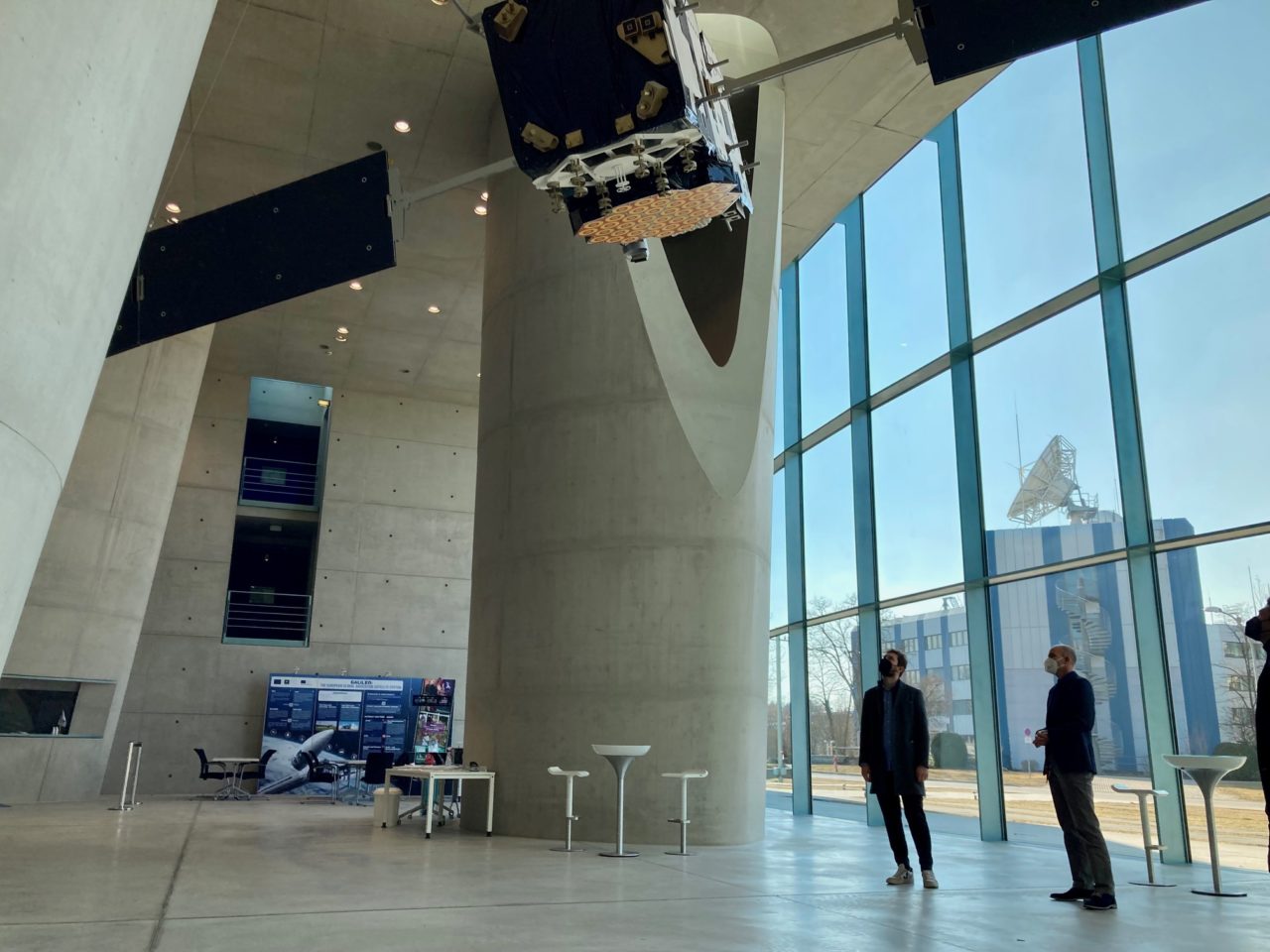 The German Aerospace Center (DLR) shows how space technology is driving us forward as a society. In March, I visited the DLR site in Oberpfaffenhofen, Bavaria.

A total of 13 scientific facilities and institutes are located on the site near Munich. Around 1,800 employees work there on some of the most exciting German space projects.

At Oberpfaffenhofen, satellites are being developed  to help us in the fight against climate change. The planned Tandem-L mission can create a 3D model of the entire Earth. Special radar technology makes it possible to measure forest areas or ice fields with millimeter precision. The satellites work so fast that a complete scan is accomplished twice a week. In this way, changes in the forest biomass can be documented almost in real time. Glacier movements and melting processes in the polar regions can also be traced. The data can then be used to make more accurate forecasts about sea level rise.

Satellite technology not only helps us to better understand the consequences of climate change in the long term. German and European satellites are also used in acute disaster situations. After the devastating tsunamis in the Indian Ocean in 2004, the Center for Satellite Based Crisis Information (ZKI) was founded at DLR. In the event of natural disasters, they provide satellite data to emergency and rescue forces and support them with real-time situation information. For example, the ZKI provided assistance during last year’s floods in Germany

Robots for people with disabilities

I was fascinated by the robots being built at DLR in Oberpfaffenhofen. They are not only being developed for space activities – for example, to remove debris – but can also help on Earth. An autonomous vehicle was shown that is being used for the UN World Food Program in South Sudan. Scientists at DLR are also currently developing a robot that can assist people with disabilities. People who can no longer move their arms can thus actually grasp things again.

A personal highlight for me was the visit to the German Space Operations Center (GSOC). This is where the manned space missions and the Columbus module of the International Space Station (ISS) are supervised. Live images from the ISS showed ESA astronaut Matthias Maurer preparing for a spacewalk.

The future of international cooperation?

In the context of current developments, these images made a special impression on me. The ISS is an unprecedented project for international cooperation in space. Astronauts and cosmonauts have been working together peacefully here for over 20 years. Even now, in times of war, an American-Russian-German crew lives and works there. Whether and how such projects will still be possible after the Russian attack on Ukraine is unfortunately an open question.

My visit to DLR made one thing clear: space exploration helps us to tackle the great challenges of our time. In Germany and Europe, we are well equipped to set our own course and become more technologically independent. In the end, however, we will always have to seek international agreement. Because challenges like climate change, we can only solve together.

P.S. If you want to be up to date to further developments in European space policy, please subscribe to my Newsletter!

The EU Commission presented its plans for a new European mega-constellation. The “Secure Connectivity System” is planned as a multi-orbital constellation. It is intended to simultaneously enable quantum-encrypted communications for government agencies and deliver satellite-based Internet to structurally weak regions. The latter not only in Europe, but also on the African continent. We have to make…